Connect With Voters and Win Your Campaign!

Stay ahead of the race with political website and online marketing services for your election campaign.

Whether you are a new candidate or running for re-election, the fact is that many of your potential supporters are spending a lot of time online. Having an online presence not only helps increase campaign contributions, but allows you to reach potential voters that are likely to go to the polls for you. The benefits of online political campaign marketing simply can’t be ignored.

Your Voters Are Online, You Should Be Too!

Having a well-designed campaign website and implementing a clear online political marketing plan ensures that your campaign message will be heard, seen and engaged by your supporters.

EnSpot makes your website and online marketing strategy the easiest part of your political campaign.

Bring your vision to life with EnSpot services tailored to your campaign's needs.

Promote your political campaign website with email marketing, social media, text message and advertising services managed by us on your behalf.

Receive customized, professional campaign support to help you every step of the way.

We make sure your political website is connected to the email newsletter, social media and online fundraising applications needed to engage supporters and help your campaign succeed.

Some of the successful campaigns that have used EnSpot's political marketing and design services.

What can be worse for your election campaign than not having a campaign website? Don't lose potential supporters because searches for your campaign online show little to no information. 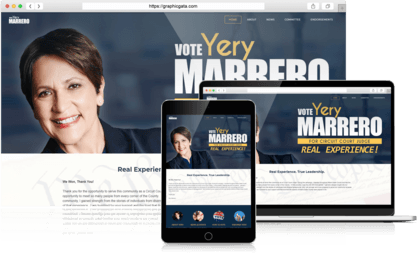 EnSpot Marketing can create a campaign website that sets you apart from other candidates and beautifully displays your campaign message online. No need to spend hours with do-it-yourself website builders.

In addition to designing and building a professional campaign website, we can also manage all of your online marketing channels to help build a winning online presence for your election campaign.

Your vision, our action

Let us implement your winning campaign strategy online so you can focus on what matters most; Winning your campaign. 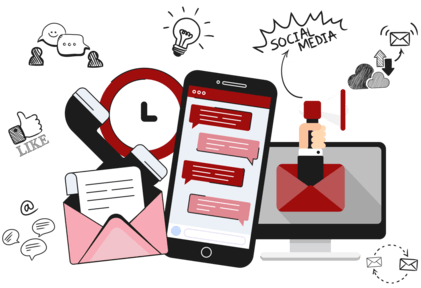 Get your message across all online marketing channels! For an affordable monthly fee, we will manage the email marketing, website and social media posts on behalf of your political campaign.

Save 10% on annual prepayment of any monthly service.
Set-up fee is waived if purchased with a Website Design Package.

EnSpot is continuously working to provide valuable services that can help you stay ahead of the race. Check out our other digital marketing services for political campaigns.

Need help designing flyers, graphics, social media ads, custom artwork at a low cost for your political ads? Our designers can do it for you!

1 design requests at a time 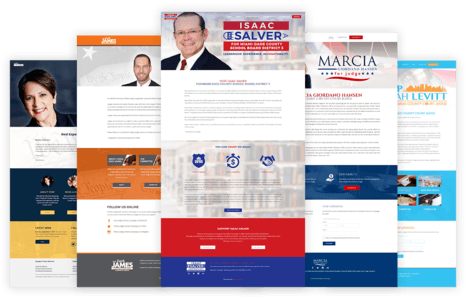 We provide mailing and call lists that allow election candidates to reach potential voters. Target audiences can be created using location and other demographic filters to ensure you are engaging directly with people who can support your campaign.

Ready to Win Your Election?

Learn more about EnSpot Marketing's full-service political website packages and marketing services for your campaign. Complete the form below to receive a personalized proposal, pricing information or to schedule a free consultation.